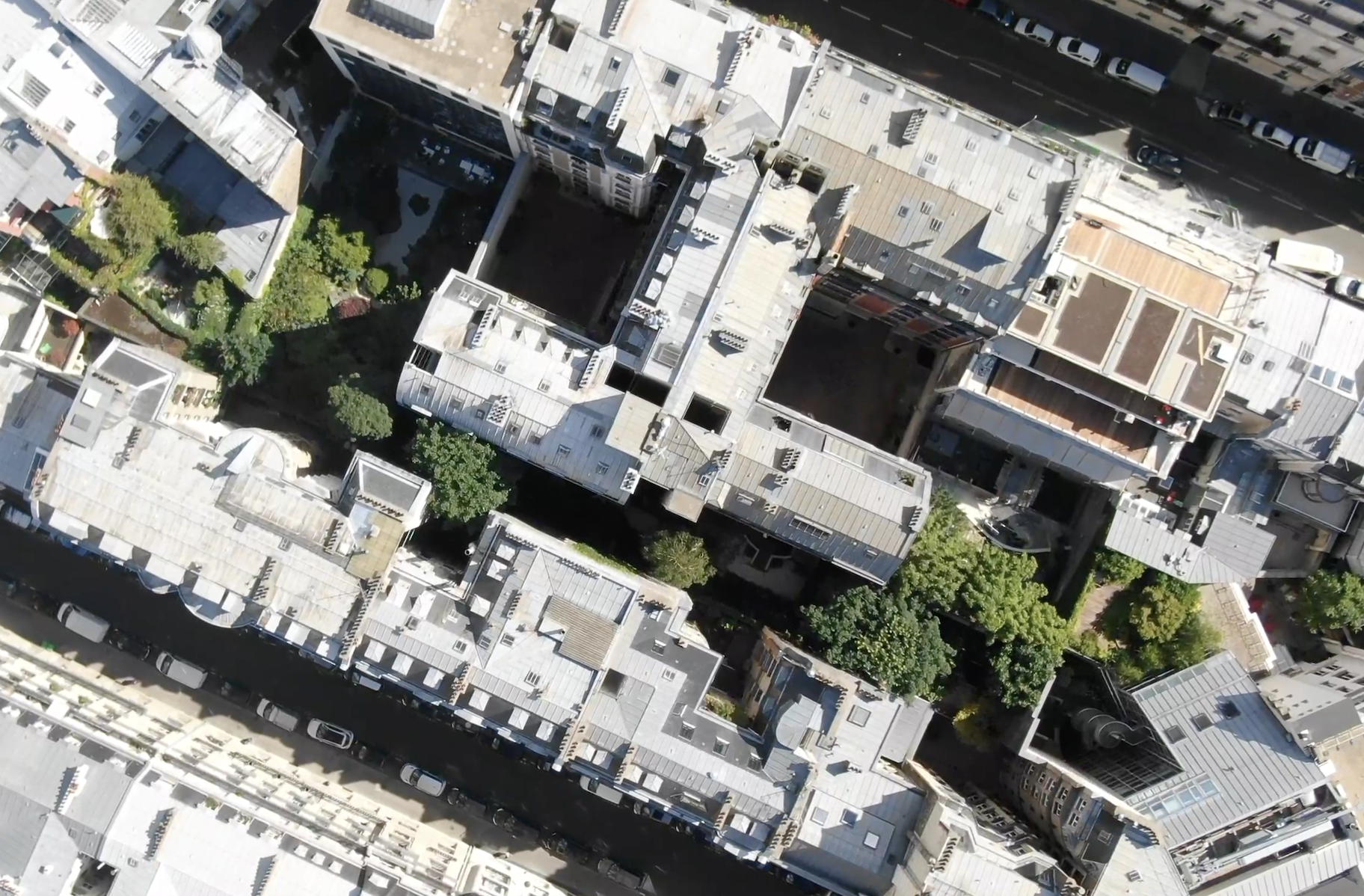 Paris's rich historic buildings typologies, from medieval “Maison à Colombage", to the Haussmannian city block, or 20th century brick housing typology, are unique in providing the city with its unique character, and their preservation is a patrimonial priority. Simultaneously, the capital is under the pressure of a housing crisis and more recently faces unprecedented climaatic and public health issues. The question of updating the local zoning laws to ensure the transformation towards a more resilient agglomeration has been particularly vivid under the current administration.

For instance, in 2014, building rights opened up with the passing of legislation favoring sur-élévation to limit urban sprawl through the existing building stock's densification and contain the housing crisis. Pushed by the Mayor of Paris, Anne Hidalgo, the law intended to accommodate the city's growing density and create new property renovation avenues. Specifically, it planned to raise 12% of Parisian buildings by building one to five additional levels and creating 40,000 new homes (1). However, the surélévation' technique proved to be more complicated than anticipated and resulted in the frequent replacement of Paris's iconic zinc roofs, threatening these valuable architectural landscapes. Given the city's rooftops' historical significance and identity value, the surélévation policies were, in the end, not extensively implemented.

Through Roofscapes, we are committed to the preservation of historic roofs rather than their replacement and demolition. At the same time, we recognize that the urgent climate change crisis coupled with urban densification requires us to reconsider the current uses of building structures, specifically roofs, and examine how new building typologies can remodel cities. Recent progressive zoning laws instated in 2016 make the Roofscapes accessible green roof model possible while preserving buildings' integrity and historical value. As per the Plan Local d'Urabnisme of Paris (PLU), devices such as green roofs or intended to save energy are authorized beyond the allotted zoning envelope "provided that their volume fits harmoniously into the surrounding built environment" (PLU 02 UG.11.2.3). Furthermore, per article UG.10.1.4, the access kiosks to the roofs, allowing the implementation and maintenance of their vegetation have been authorized (PLU 05). These zoning laws promote the remodeling of Parisian roofs for a better future, and with Roofscapes' design mechanism, the process does not come at the expense of sacrificing the historical value of the Parisian landscape. Indeed, our systems unlock untapped rooftops' potential while preserving buildings' character.

Paris is not the only city to have adopted policies to promote green roofs in recent years. Several cities, including Basel, Copenhagen, San Francisco, or Toronto, have passed laws mandating green roof installations when constructing new buildings or renovating existing buildings. Other cities, including Hamburg, New York City, or Washington DC, provide rebates or tax credits for green roof installation projects. And others, such as Austin, TX and Portland, OR, have revised their zoning laws to grant density bonuses or other zoning incentives to developers who pursue green roof projects (2). As cities worldwide adopt policies to promote and incentivize the construction of green roofs, Roofscapes offers a thoughtful design for cities seeking to expand their green spaces and enhance their urban resilience while preserving their historical integrity.