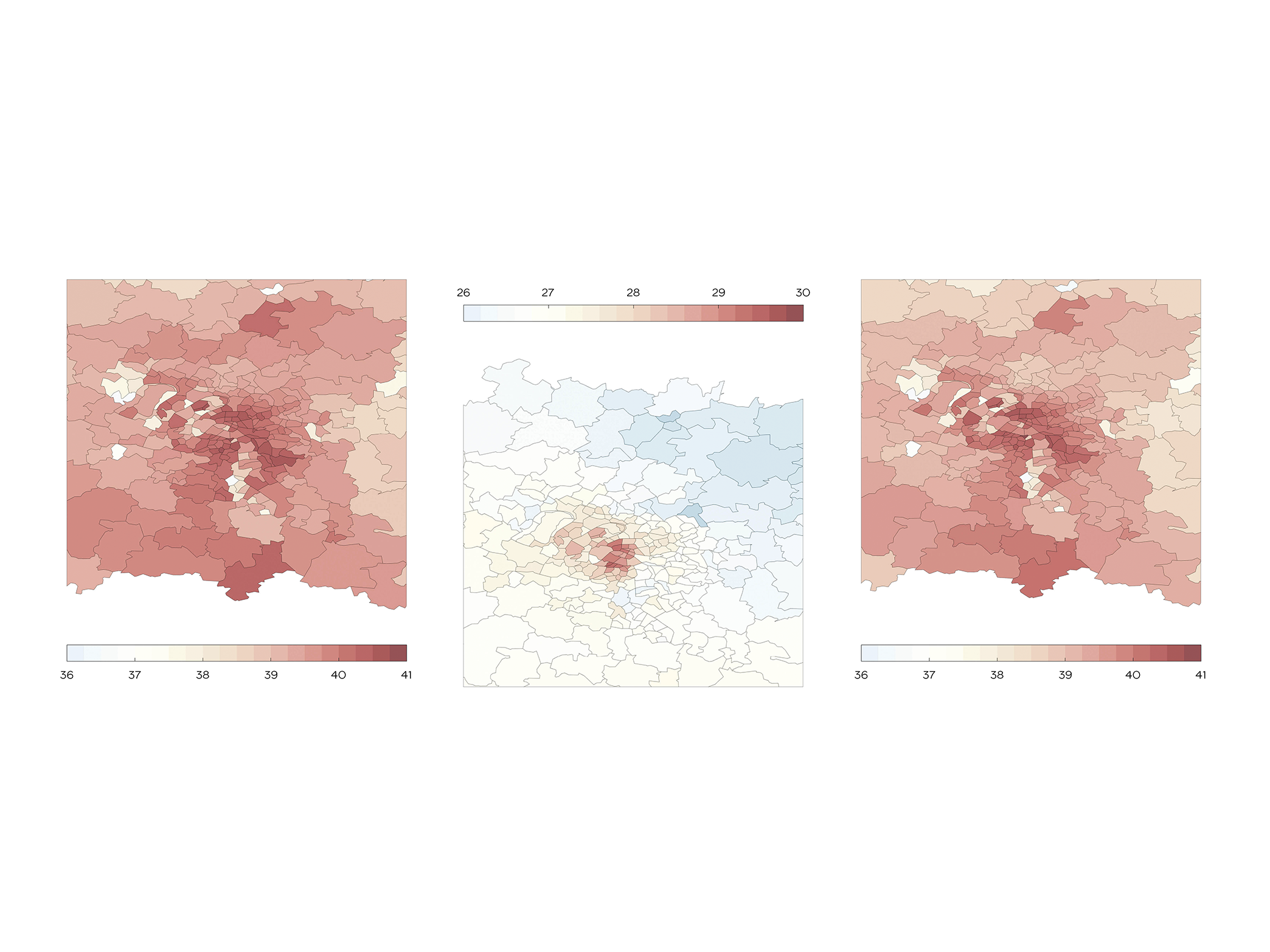 Heatwaves are by far the most threatening environmental hazard to urban population (citation), yet they receive a disproportionately low amount of attention because their death toll and destruction are not always immediately apparent. From 1998-2017, more than 166,000 people died due to heatwaves, including more than 70,000 who died during the 2003 heatwave in Europe (1). In France, the heatwave days could rise from 15 days a year in 2020 to 50-85 days per year by 2070 (2). Heatwaves are particularly intense in urban areas, attributable to the significant presence of heat-absorbing hardscape materials and the lack of cooling greenspace. This results in dramatic temperature differentials between cities and their surrounding rural areas- a phenomenon known as the urban heat island effect.

During warm periods, impermeable building materials significantly influence microclimate and thermal comfort conditions as the heat they absorb continues to radiate even throughout the night. In fact, on sunny summer days, city roofs, and pavement, which are dry and exposed, can be 50°C hotter than natural surfaces, which are shaded or moist (3). Other notable factors contributing to urban heat stress include the substitution of vegetation by asphalt and concrete, which decreases surface moisture retention critical for evapotranspiration, alterations in city air flow owing to the complicated geometry of streets and buildings as well as anthropogenic activities such as the burning of fossil fuels in city transportation (. To reduce these repercussions, the Atelier Parisien d'Urbanisme (APUR) recommends using materials that absorb little solar radiation for plastering or covering the facades of buildings. This strategy, paired with natural methods like the greening of roofs, generates enormous potential to mitigate the heat island effect in cities.

As global temperatures escalate, natural methods to keep cities cool will be necessary to combat climate change and reduce heatwaves' deadly effects. Non-heat releasing mechanisms are critical to protecting cities because artificial cooling results in a destructive feedback loop: when air conditioning is used in a business or home, surrounding homes are affected, their nighttime cooling is reduced, which encourages them to opt for air conditioning solutions. Alternatively, plants behave in urban space, much like a passive air conditioner owing to the process of evapotranspiration. Evapotranspiration produces a zone of freshness above the plant surface, reducing up to 75% of the incoming heat flow, minimizing the need for artificial building cooling (image: APUR Heat Island).

Various modeling and experimentation studies have documented the cooling effects of greening roofs and confirm the method's effectiveness in mitigating the urban heat island effect. For instance, a Toronto study has shown that a 6% greening of downtown roofs would reduce the urban temperature by 1 to 2 degrees while also limiting greenhouse gas emissions and other pollutants by filtering particles from the air, absorbing and transforming gaseous chemical elements, and producing oxygen and binding dust (image: APUR Vegetation).

How cities choose to expand and develop will be critical to defining how successful society will be in adapting to climate change's compounding effects. Given that roofs account for an astonishing percent of horizontal surfaces in cities (e.g., 33% in Paris), Roofscapes aspires to protect the European landscape from rising temperatures associated with the urban heat island effect by yeilding green roofs’ climate mitigation potential.